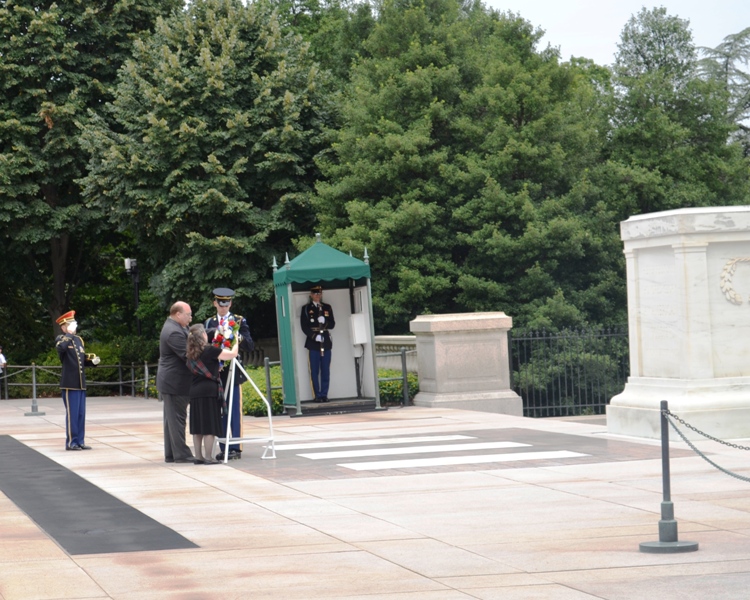 Yesterday at Arlington National Cemetery, I had the privilege and honor to officiate at the interment of Ernest "Rebel" Hayward Blake. Earlier in the day, I had the greater honor of escorting Patricia Bowser in laying a wreath at the Tomb of the Unknowns.

Words and emotions fail. That a country-bumpkin pastor like me could even be considered to be part of an honor like this is more than I can comprehend and I can assure you that the man who ascended the stairs moments later after this picture was taken was not the same man who descended those stairs moments before.

I want to thank Pat Bowser for the honor of being her escort.
Collapse